A History Steeped in Tradition.

Like a fine vintage wine, Vinland, as the Norse called Newfoundland over one thousand years ago, is historically complex with bold cultural flavors of Portugal, France, England, and Ireland. The Vikings made their way here in open boats around 1000 AD, for an unknown reason, staying only a few years.

Not for another five centuries is there evidence that a European set foot in New Founde Lande, not until 1497 with the arrival of John Cabot, a Venetian, sailing under the English flag. His “discovery” set off a five hundred year competition for the vast, fertile fisheries off the island’s rugged and dangerous coasts. 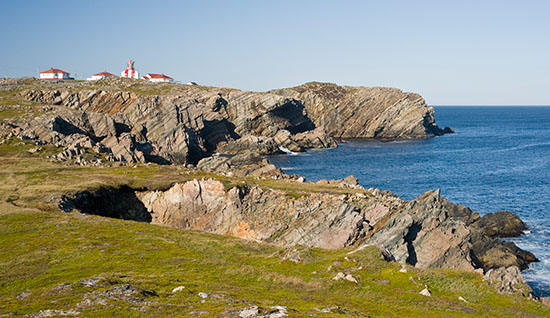 History is anchored in every cove and inlet, every headland and pond, in it’s place names, and the rich vocabulary and dialects of it’s people.  With it’s own five thousand word dictionary, there is a wealth of slang. I have met people I simply could not understand even though they were speaking “English”. 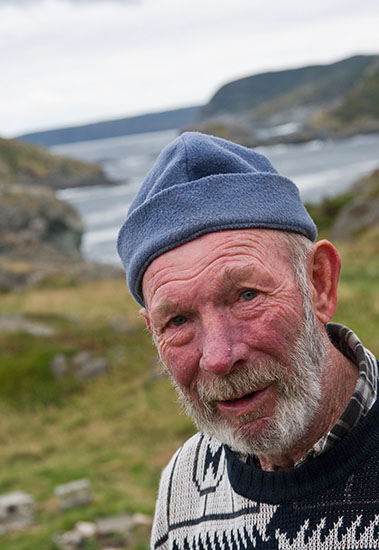 This is Herb. We could barely understand a word he said.

Take words like marl, “to meander”: “I think I’ll marl down the road fer a spurt.” or smert, “to hurt” or snop “to break in two”: “I smert me hand when I snop the stick.” or dwall, “to sleep or nap”: “I dwalled fer a spurt dere.” “It started a bit mauzy but now the sun is splittin’ the rocks.” means “today started overcast and drizzly but now it’s sunny”. 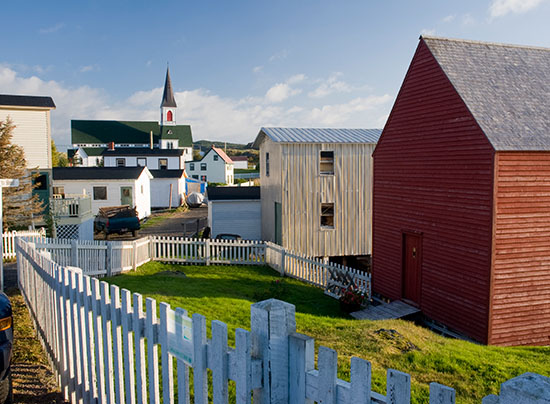 The overarching theme though is fishing, whaling, and sealing. The vast fisheries brought Europeans every summer for hundreds of years. In April there was great competition to be first across the treacherous north Atlantic to lay claim to the limited prime spots ashore. Latecomers were relegated to precarious fishing stages perched on the ubiquitous rocky cliffs above the pounding surf. 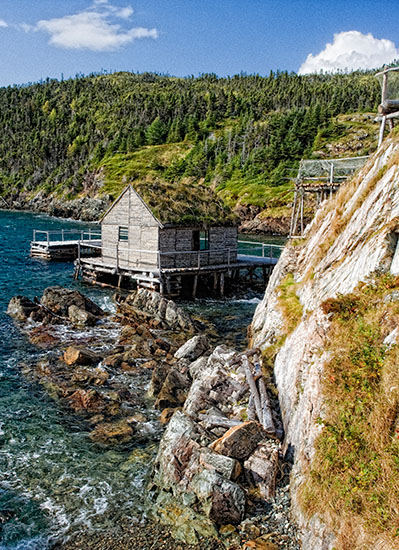 The movie set of Random Passage illustrates outport life in the 1800’s.

From these stages they would venture into the cold, unforgiving sea for fish so plentiful you could catch them by simply “lowering a basket into the water”. Returning to shore they would gut them, split them, and lay them out on “flakes” to dry. Once dry, the cod would be salted and packed in barrels for the trip back to Europe in the Fall. 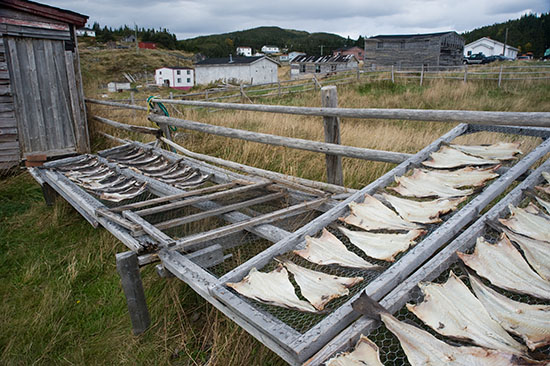 A contemporary flake. Old flakes were much, much bigger.

Initially, very few over-wintered. It was illegal because of the profits made in England on selling supplies. Royal licenses were issued for enterprises like the Colony of Avalon on the southeast coast in 1621. Later, people came escaping the crushing poverty and tyranny of Europe. 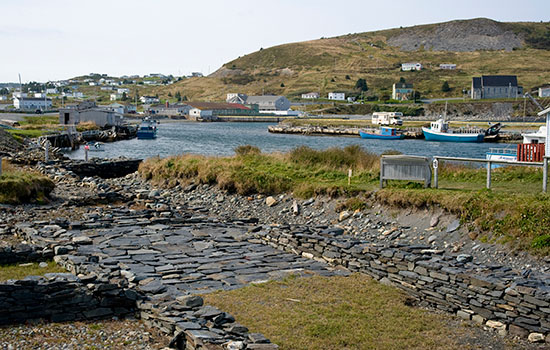 The warehouse foundations and wharf at the archealogical site of the Colony of Avalon.

Over the centuries, population eventually increased St. John’s, with it’s large, sheltered harbour, became the mercantile, political and cultural center. It traded hands between the French and English several times until becoming permanently English in 1762. 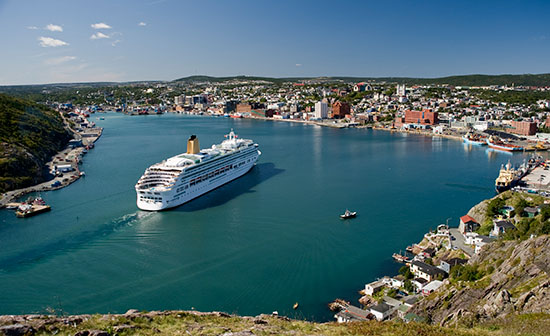 The protected harbour of St. John

The large influx of Irish in the 19th century brought their rich, musical tradition. Celtic influence permeates the Avalon peninsula. At lunch in Auntie Crea’s, in the pubs of George Street and the street corners of Water Street, the lively sounds of Newfoundland music give testament to it’s Celtic history and traditions. 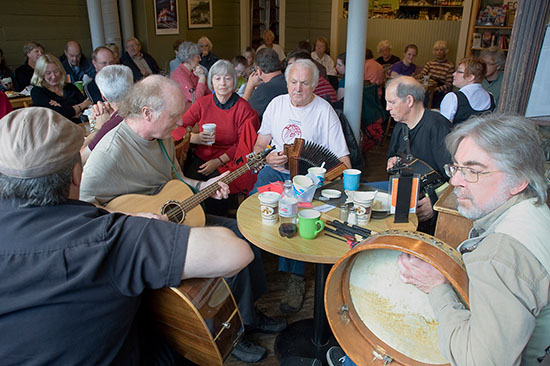 The Auntie Crae Band during a lunch hour jam.

Sadly, with the decimation of the cod fishery from over fishing in the 1970’s and 80’s, the traditional way of life has all but disappeared. The fishing moratorium in 1992 brought an end to five hundred years of earning a livelihood from the sea.

Outports disappeared, processing factories closed while fiercely independent fishermen went on the dole. Small town populations were decimated with the exodus to other provinces where a living could be made. A much smaller crab and shrimp fishery provides some relief. But with the cod season limited to two weeks a year, five fish a day, a way of life has ended. 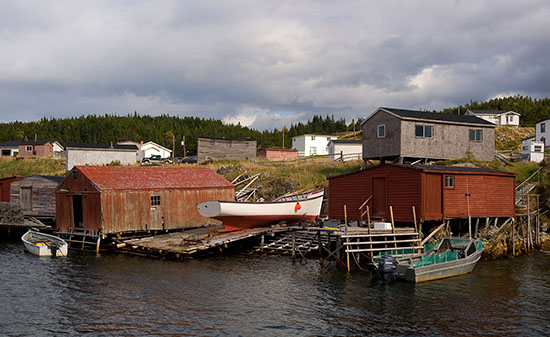 Old Bonaventure, now only an echo of it

The future though is looking up. Off shore oil and gas is bringing new prosperity. Cod stocks seem to be making a come back. Exiles are returning and new vitality stirs the brisk salt air, bolstering the resilience of a proud, independent people.