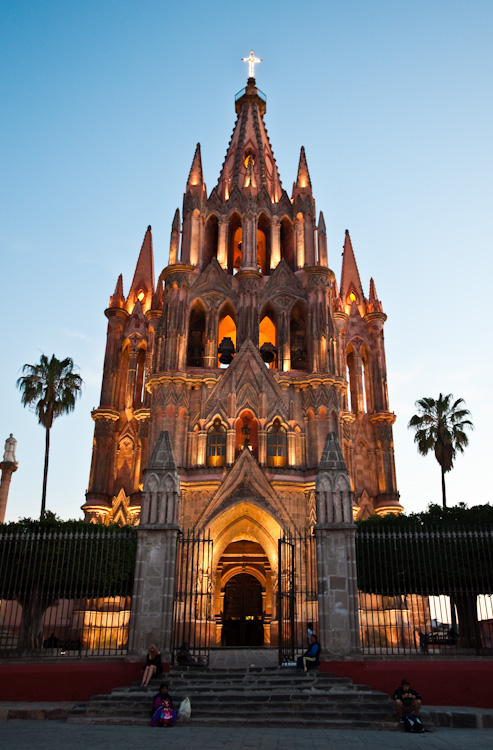 It’s three am. The roof dog across the street has joined doggie facebook, adding his two bits to the nightly chat. What could they possibly be communicating and why don’t their owners, who must be dead to the world, shut them up!.

We breakfast at the Casa Crayola, meeting a wonderful couple opening the only Thai restaurant in San Miguel. Foo and Manot Swasdee are restauranteurs from Dallas whose “adopted” son has returned to Mexico after working for them for many years. They have helped him open Bahn Thai and, loving Thai food, we vow to eat there tonight. Before then though, there is a beautifully warm, January day ahead of us and a town to explore. 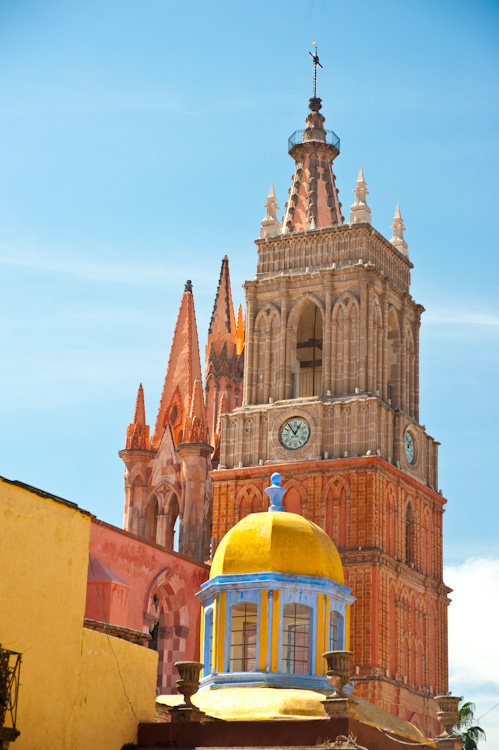 San Miguel de Allende was named a UNESCO World Heritage Site only last year. Like other UNESCO sites we’ve visited, Halong Bay in Vietnam, Luang Prabang in Laos, Colonia in Uruguay, and Angkor Wat in Cambodia, San Miguel is a treasure. Founded in 1542, only twenty one short years after the improbable conquest of the Aztecs by the Spanish, it has flourished in recent years partly due to it’s remarkably benign climate, it’s well preserved 18th and 19th century architecture and it’s attraction to a growing population of Norteamericano expatriates. 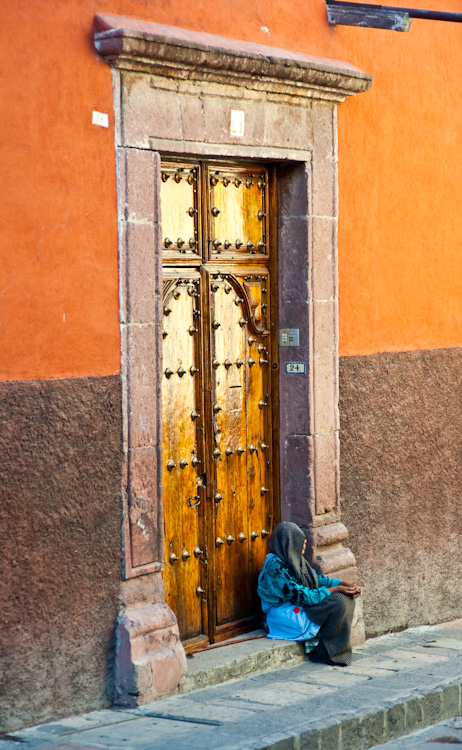 We make the ten minute walk along ancient cobblestone streets passing colorful shops, tranquil courtyard restaurants and numerous rustic doorways echoing centuries of habitation, to the Jardin, the main plaza and center of life in San Miguel,. Wizened widows wrapped in tattered rebozos, the traditional, multi-purpose shawl, beg quietly in doorways, hands out to the passing gringos. They bestow their blessings as I hand them a few of the pesos I always have ready for such an encounter. There is no social security or any other safety net in Mexico. 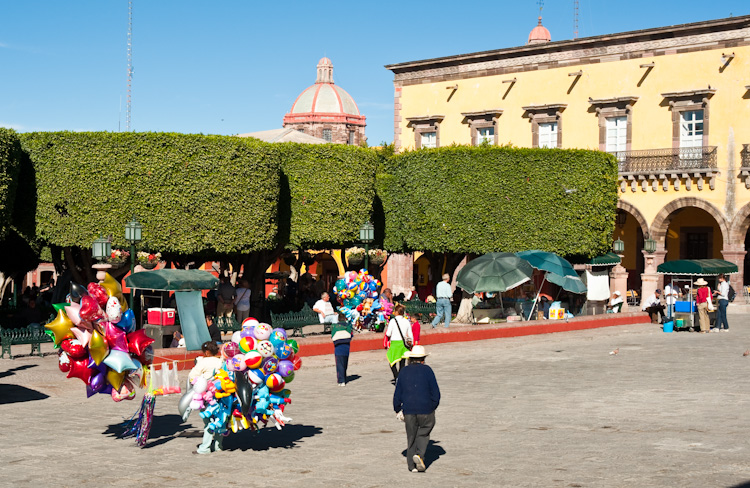 The streets surrounding the Jardin are closed to traffic adding to the sense of calm. Large, sculptured Laurel trees shade the square. At this time of morning, few people occupy the many benches. That will change come evening when families, lovers, gringos and mariachis arrive to mingle beneath the watchful gaze of the brightly lit Parroquia, the most prominent of the many churches in San Miguel.

La Parroquia was started in 1683. The unique, pink and tan facade was added in 1880 by a self-taught Indian stone mason/builder who sketched his designs in the dirt. The large, six foot bell can be heard all over town. While sitting in the Jardin, its deep, pure tone resonates within your soul, transporting you to an earlier era as the harmonics fade into the quiet conversation around you. 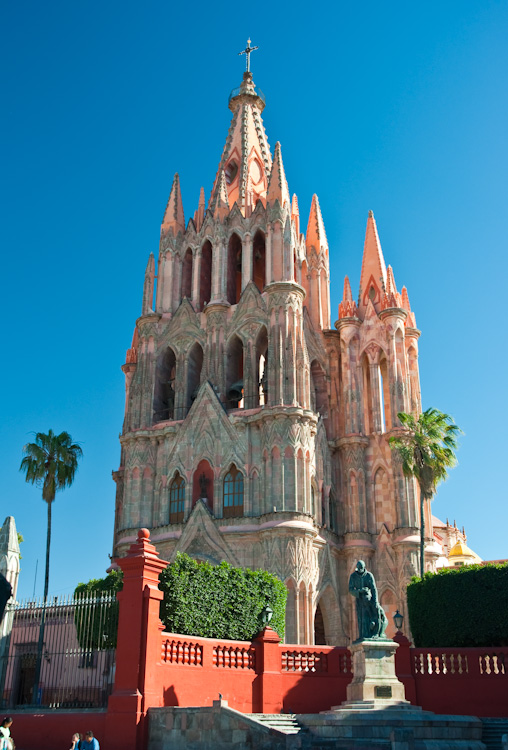 One of the leaders of the 1810 Mexican revolution against the Spanish, Ignacio de Allende was born in a house, now a museum, across the street from the church. The revolution started 27 miles away in Dolores Hidalgo, the “Birthplace of Independence”, when the priest, Father Hidalgo, issued his famous cry for independence proclaimed to this day by the president every September 16th.

After some enjoyable people watching, Yolanda and I set out to explore the labyrinth of hilly streets comprising the historical center of town. In 1926, San Miguel de Allende was preserved as a National Monument. Strict rules on signs and development have maintained its colonial character. Unlike so many other places in Mexico, trash is non-existent. People take pride in their town. Every morning, we find someone washing the narrow, stone sidewalks in front of their home or business. 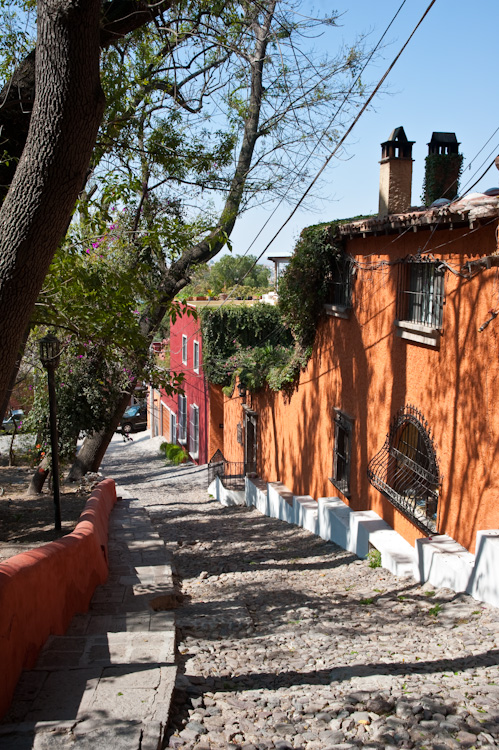 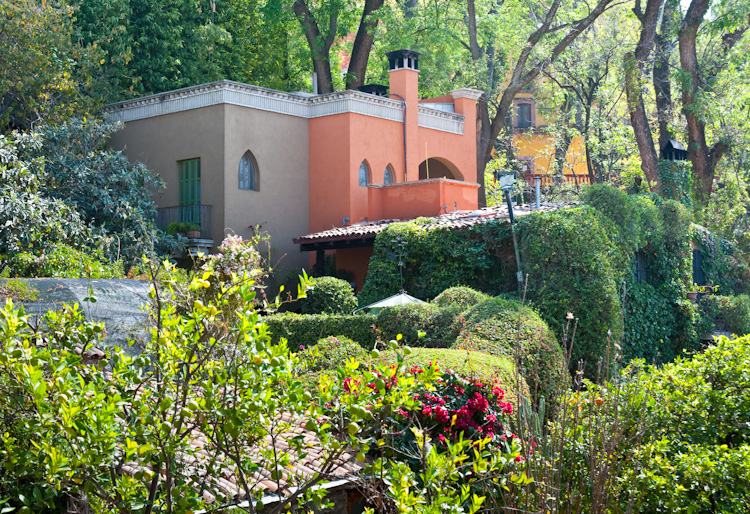 As we aimlessly wander the narrow, colorfully, walled streets, we steal the occasional peek into interior, plant-strewn courtyards where so much family life takes place. Galleries with interesting art, shops selling colorful crafts, stores filled with whimsical and bizarrely fantastic decorator items entice us inside. 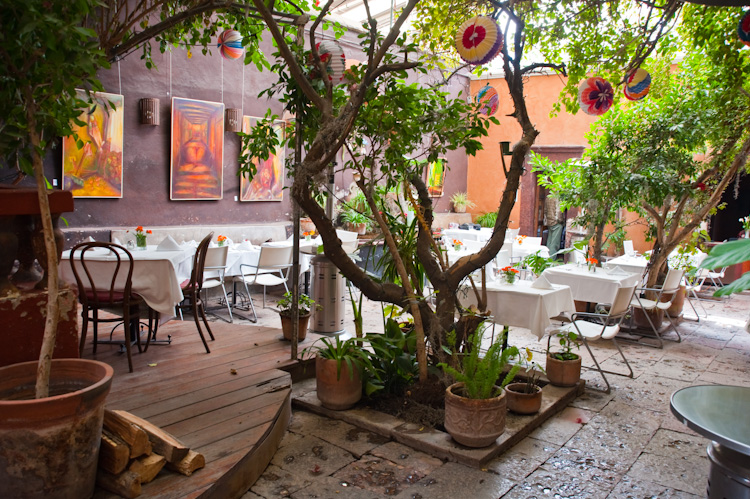 We check out menus of courtyard restaurants with tables scattered amidst thriving orange trees, restaurants in old monasteries and with rooftop terraces. It’s getting late and my stomach is growling. Thai food sounds better and better so we explore our way toward our new friend’s restaurant.

Bahn Thai’s two floors yield three rooms each brightly painted in ruby, emerald or azure. Foo andManot greet us effusively, proudly showing us around. Yolanda is carrying a book we found at theCasa Crayola, “The Insider’s Guide to San Miguel”, a bible for the newly arrived.http://insidersma.tripod.com/

Foo sees the book saying enthusiastically, “Oh, that’s Archie book. He’s downstairs eating. Would you like to meet him?”

Once again, synchronicity knocks on our door, affirming that we’re on the right path. Like every ex-pat we meet, Archie Dean is warm and gregarious. We share a delicious, reasonably priced Thai meal, regaled with stories of life in San Miguel. We set a date to meet in the Jardin for breakfast, to learn more about this charming town and of course, to purchase the latest edition of his book. 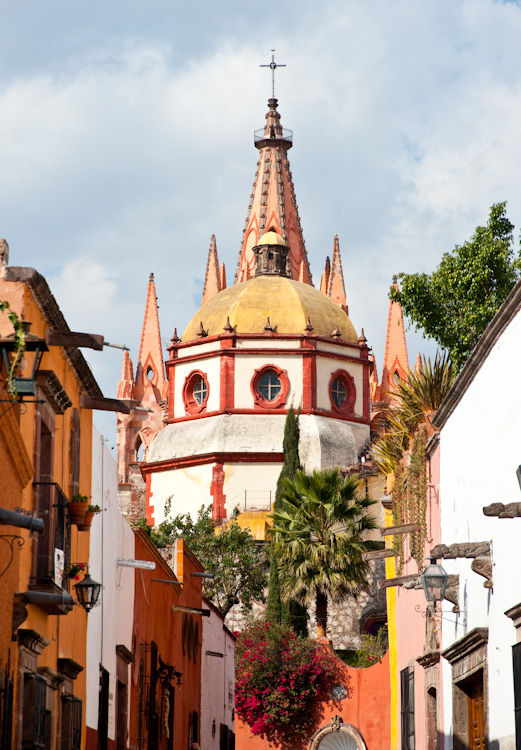 Behind La Parroquia along Calle Aldama. 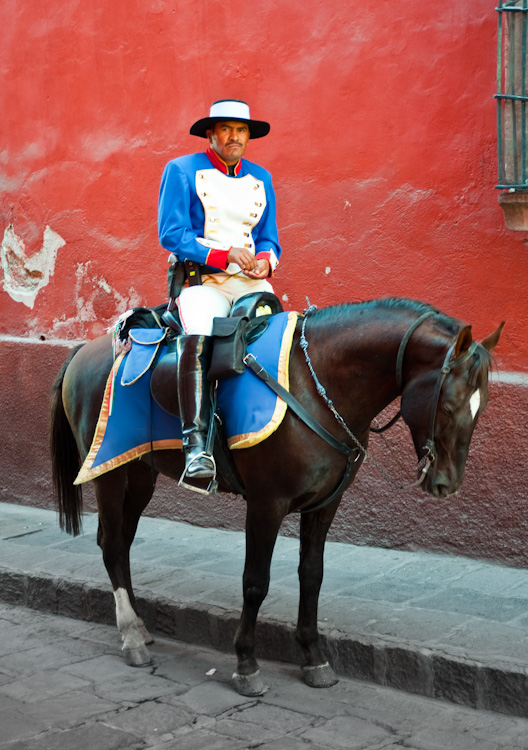