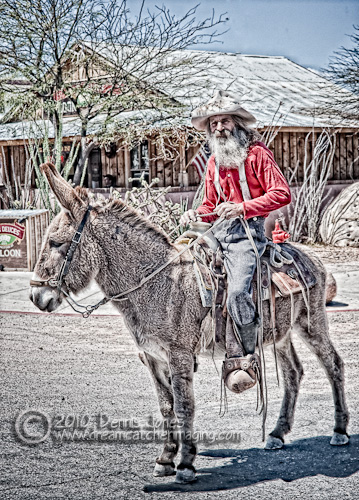 After three lovely days of perfect spring weather in Chiracauhua National Monument, we move on to historic Tombstone, Arizona of shootout at the OK Corral fame. On the way, taking a very good gravel road thirteen miles into the desert, we stop at Rattlesnake Crafts, one of those amazing expressions of eccentric folk art found occasionally around the country. 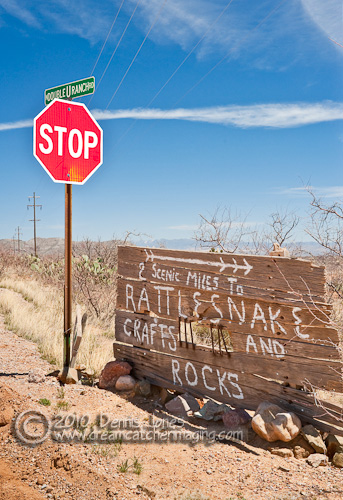 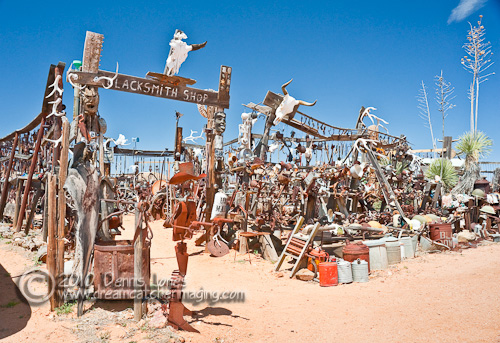 The entrance to Rattlesnake Crafts

Rattlesnake Crafts, www.rattlesnakecrafts.com, is the home of  John and Sandy Weber who left their office jobs years ago and moved to to the middle of the desert in southeastern Arizona.They have collected thousands of old pots and pans, rifles, helmets, rocks, adding machines, branding irons, you name it. Hundreds hang from beams and could possibly be one of the worlds biggest wind chimes. The racket must be intense when the wind blows. 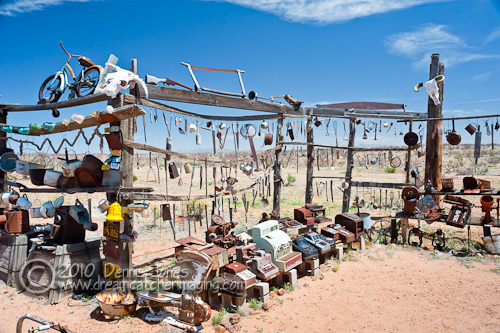 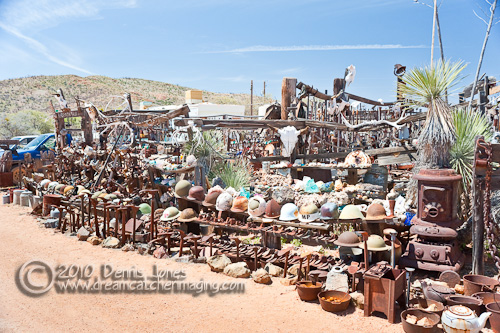 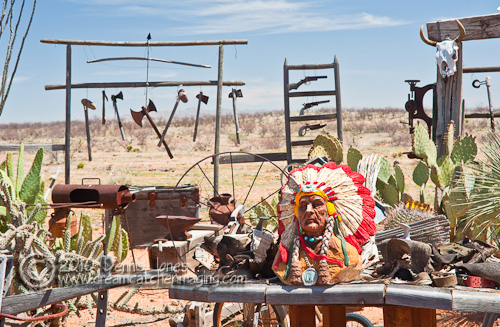 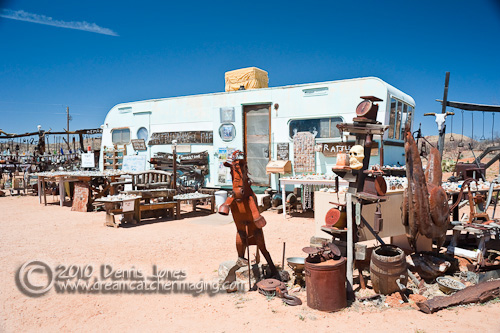 The couple’s hobby is not just collecting tons, literally, of odd things, but catching rattlesnakes and making crafts from the skin. A small trailer sits amidst the chaos, filled with wallets, knives, cellphone cases, key chains, and various sundry things covered with snake skin. Buying is on the honor system. Pick out what you want and put your money into an unlocked box outside the trailer. 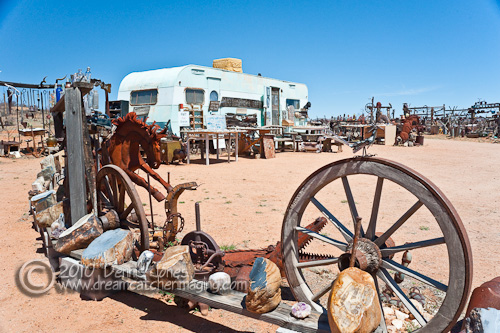 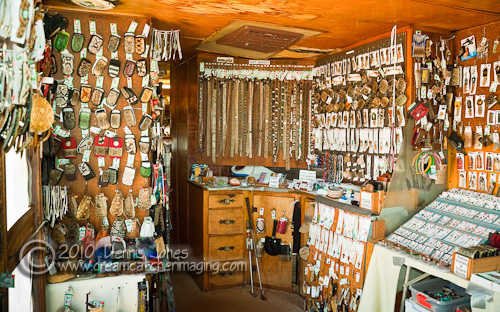 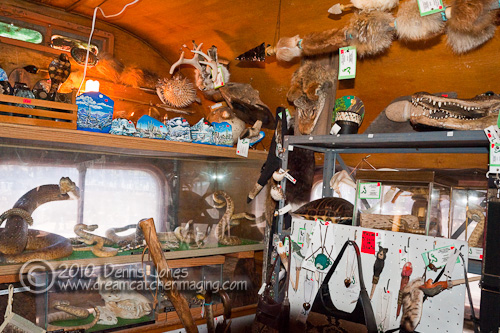 Rattlesnake Crafts has to be unique in the world, well worth the trip into the desert. 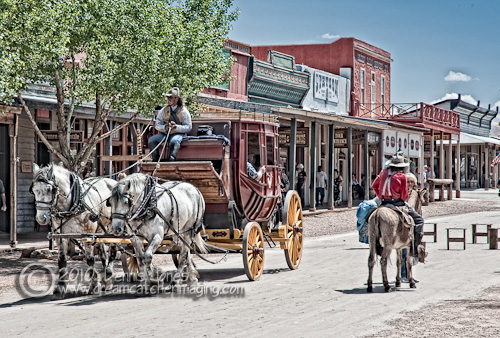 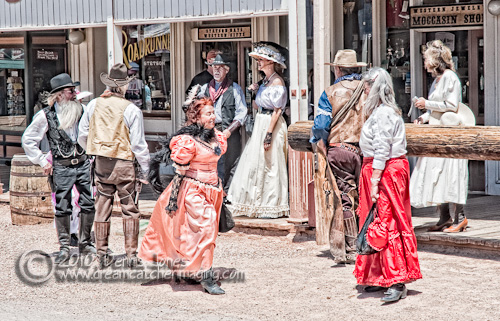 Today though, is Founders Day. The whole town is out, the residents taking on their own old west personas. Gunfighters walk Main Street, ladies in 19th century costumes stroll carrying parasols, an old miner rides his donkey posing for photos and talking with friends. Terco Paco, “The Tombstone Bandit”, wanders in character, bandoliers crossing his chest, an old sombrero atop a mass of unkempt hair. Hugh O’Brian, Wyatt Earp from the old  50’s TV show, who, at 84, looks little like the gorgeous hunk of his earlier days, signs autographs beneath his old posters and promo pics. 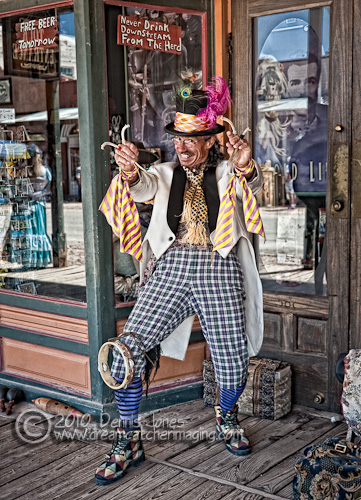 Johnny Bones performs his unique music along the boardwalk. 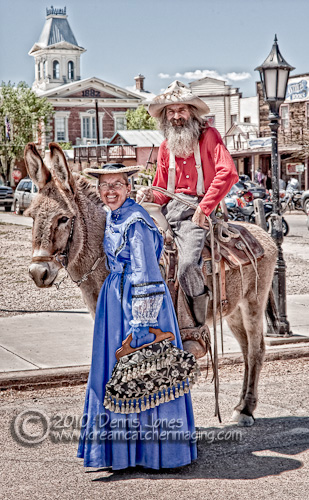 Mike and Teresa Benjamin with Zeke. 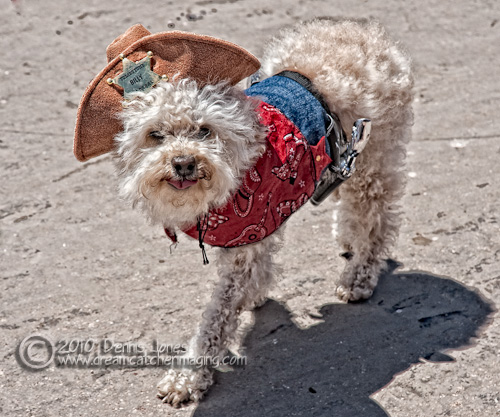 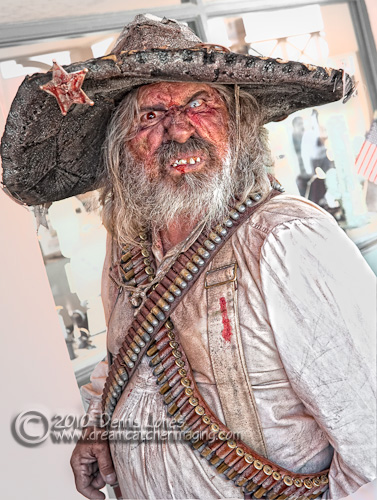 Stagecoaches and surreys slowly pass by creating an authentic western mood. As I’m told, the residents dress up like this for all the major holidays. Unplanned as our travels are, they always include bits of synchronicity. Traveling to Tombstone and arriving while they are celebrating Founder’s Day is just another in a long list of wonderful experiences simply happened upon as Yolanda and I explore the world. 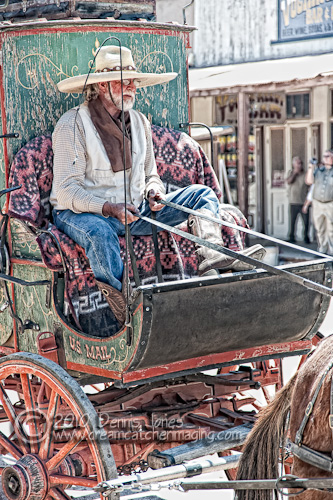 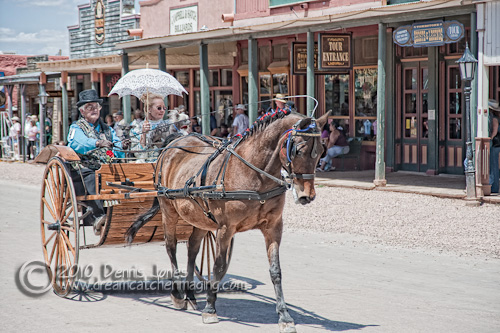