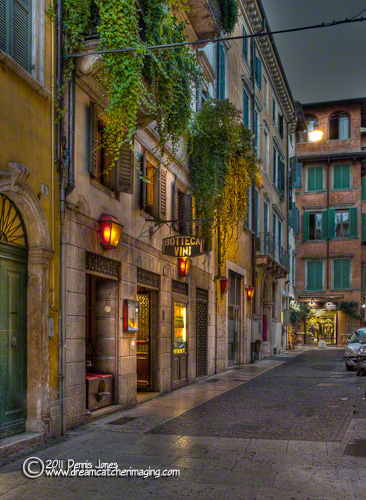 Leaving Lago Maggiore by train from Stresa, we headed to Verona via a change of trains in Milan’s sprawling central station. Located about midway between Milan and Venice, the history and architecture of Verona provided an intriguing reason to explore its ancient streets. Its city center has been named a UNESCO World Heritage Site. I have yet to be disappointed by spending time in UNESCO sites and will seek them out whenever possible.

Verona’s origins are as obscure as the origin of its name. It became a Roman colony in 89 BCE and later a full Roman city. From what I read, the foundations of the current city stand upon the virtually intact Roman city with the cellars of many houses and palazzos accessing Roman ruins.

Verona’s history through medieval and early renaissance times is the usual convolution of wars, ambition, plague and shifting alliances. Cangrande I gained power in 1308 and brought under his control Padua, Treviso and Vicenza. Being a patron of the arts, he gave protection to the great Italian poets Dante and Petrarch and the painter and architect Giotto.

Shakespeare used it as a setting in two of his plays, Two Gentlemen From Verona and of course, Romeo and Juliette.

The city came under Austrian power in 1508, was decimated by plague in the early 1600’s when 2/3’s of its population died. Verona was occupied by Napoleon in 1797 and bounced back and forth between Napoleon, Austria and other kingdoms, finally becoming part of the Kingdom of Italy in 1866.

Fascism brought a dark chapter to Verona’s history during World War II when many of its Jews were shipped off to Nazi concentration camps. Allied troops and anti-fascist elements were tortured and incarcerated within the city.

Today, Verona is a vibrant, colorful city, with beautifully preserved streets and architecture. It is nestled along the wide banks of the Adige river and lies close to lovely Lago Garda and the foothills of the Alps to the north.

The ancient Roman Arena built in 30 CE dominates the main piazza. We just missed the summer season of operas held when the arena becomes the beautiful settings for Verona’s major operatic festival. Still, there is much to see, do and experience. Because it is such and interesting and beautiful city, our two days in Verona were totally insufficient.

Wandering the streets of the old city, I found many interesting images. These photographs are some of the best I did on our trip. 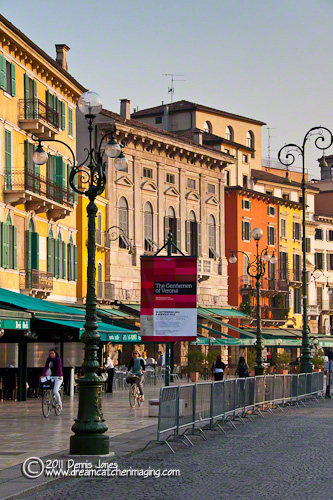 Riding to work in the Piazza Bra at dawn. 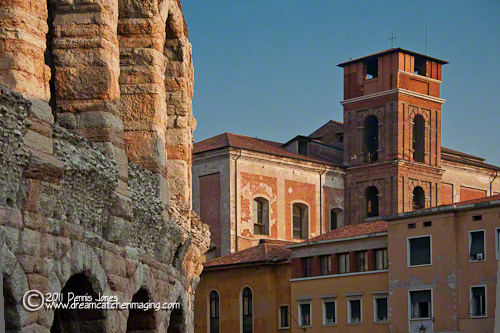 A mix of architectural periods illustrates Verona’s over 2,000 year history. 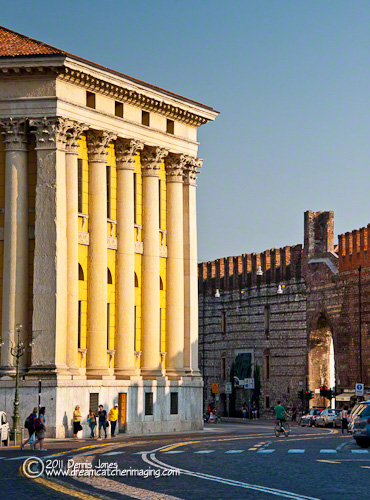 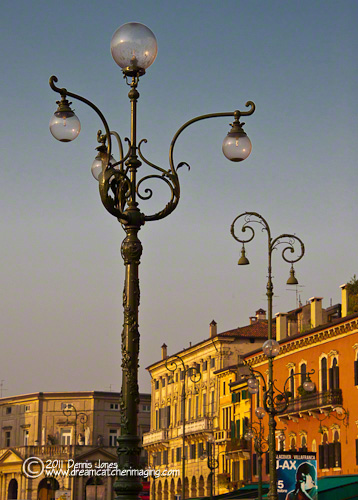 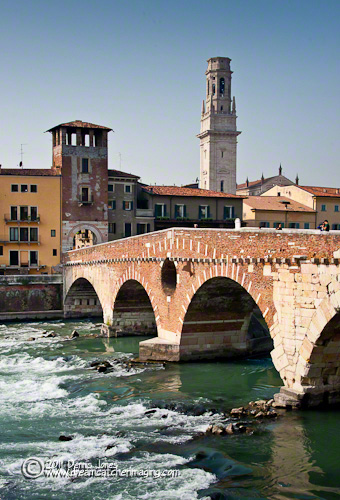 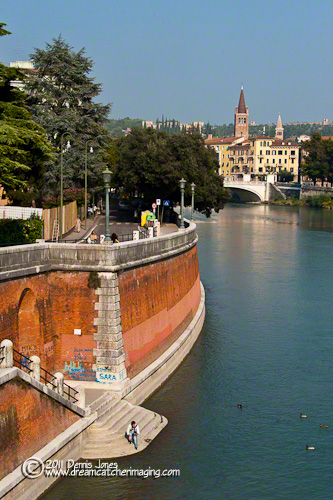 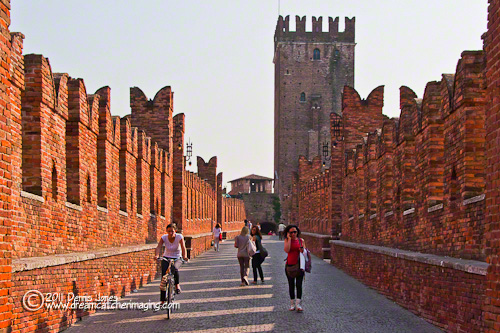 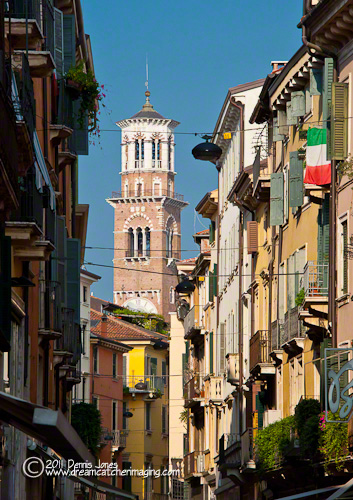 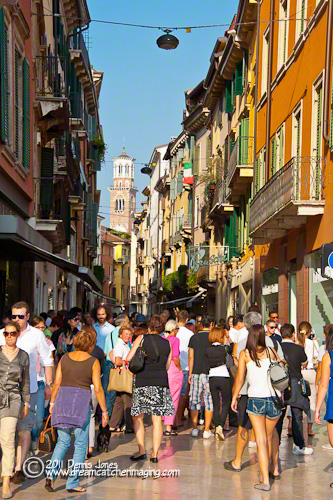 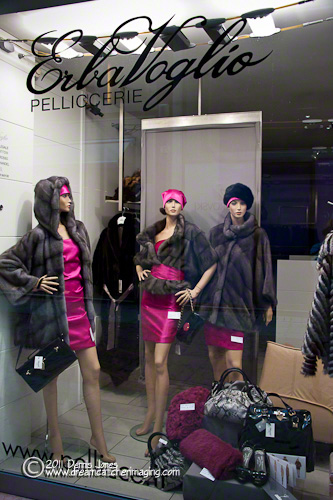 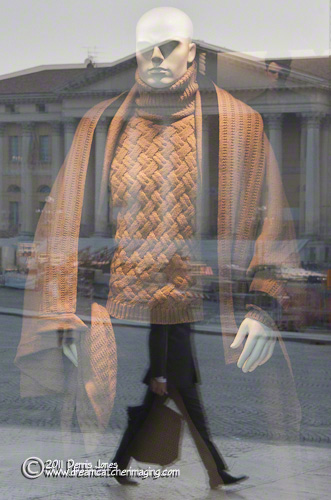 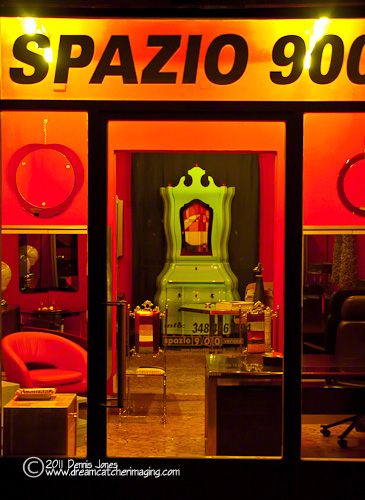 Don’t you think this armoir would make a lovely addition to any bedroom room? 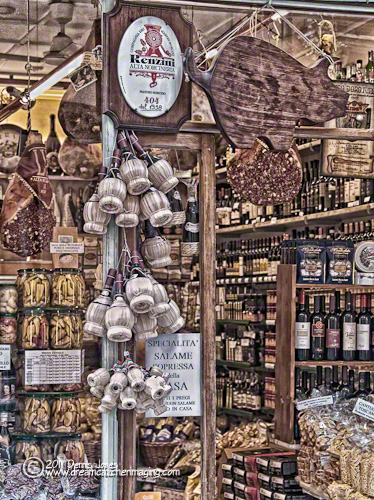 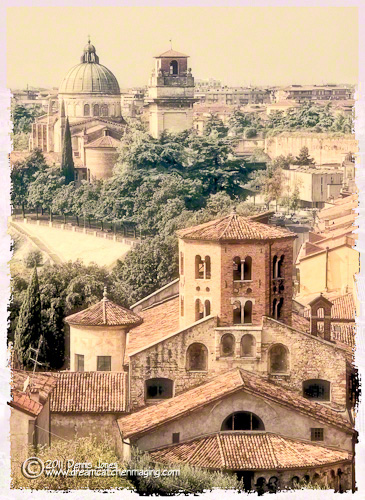 I’ve been playing with a technique that could convey some of the ancient feel within Verona. This one and the one below capture something more iconic. 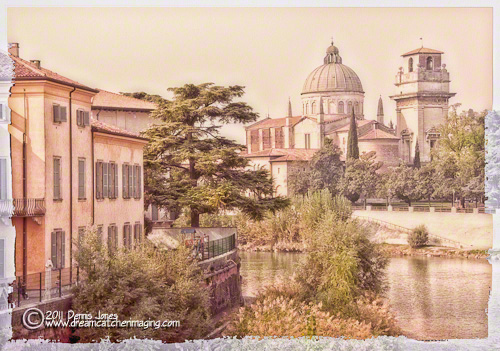 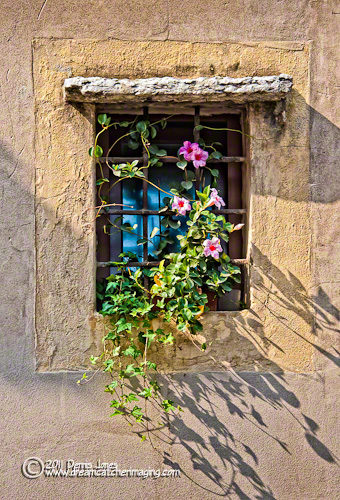 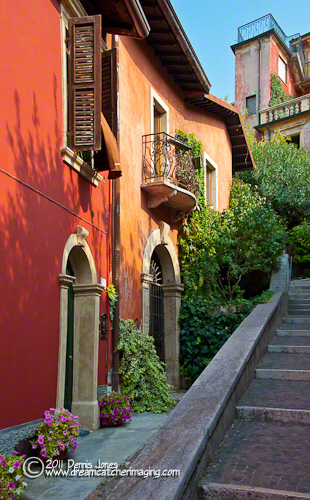 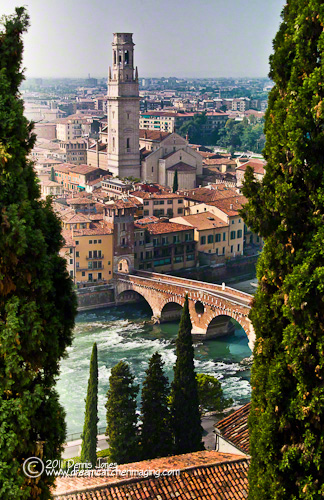 Overlooking a part of Verona from the Castell San Pietro. A night-time, dusk or dawn view on a clear day would be beautiful. 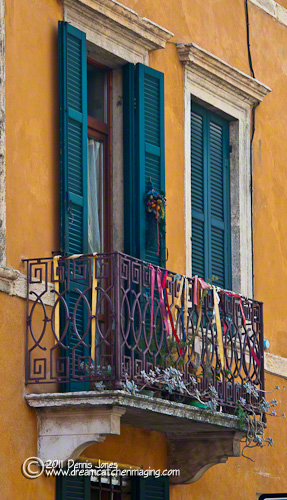 Juliette’s balcony. Okay, it’s not the one they call her balcony. Then again, neither is the fraudulent balcony they perpetrate on the tourists. Not only was she a figment of Shakespeare’s brilliant imagination, but the eponymous balcony was added to the house in 1936, hundreds of years after she would have lived had she been real. You can also visit “Juliette’s Tomb”. 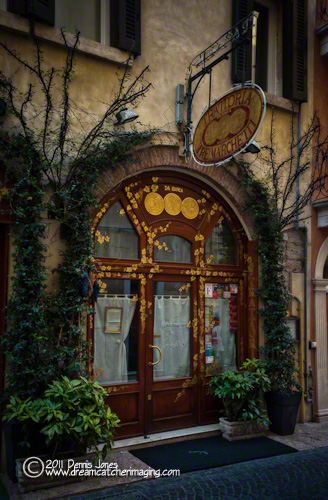 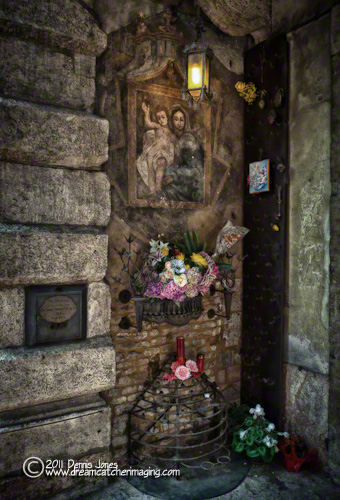 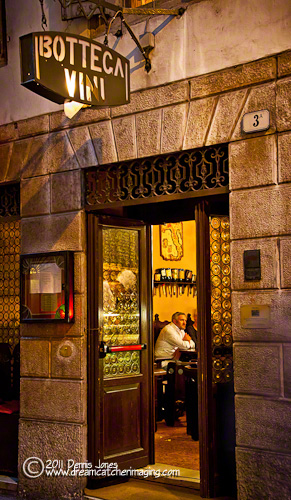 And finally, a Black and White HDR image of the Torre Lomberti just off the Piazza della Erbe, another of Verona’s icons. 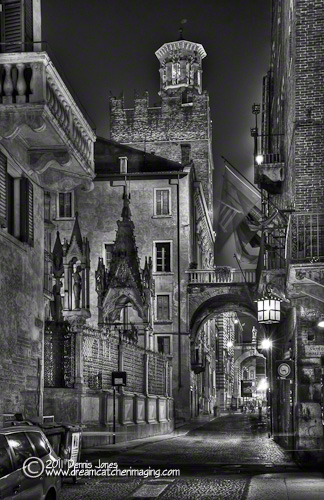 One Response to “A Rewarding Two Days in Verona Italy, a UNESCO World Heritage Site.”