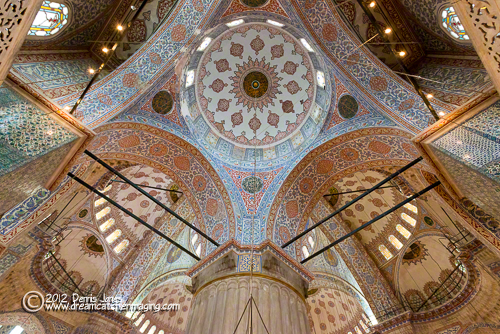 The melodic wail of the Azan, the call to prayer, pierces my jet-lagged sleep. “Allahu Akbar! Allahu Akbar!”God is great! God is great!, calls the amplified muezzin in a high tenor. Quickly following sings a second muezzin in a resonant baritone. Before the first begins his next phrase, a third chimes in, another tenor but with faster tempo. Somewhere more distant, a fourth Azan rings forth and maybe a fifth. I can’t tell. The melodious call to prayer reverberates along the dark, narrow streets and alleys of Sultanahmet, Istanbul’s old city. The sounds echo off walls and buildings, rising to a glorious cacophony until each muezzin finishes in his turn and once again quiet rules the dawning day in Sultanahmet. 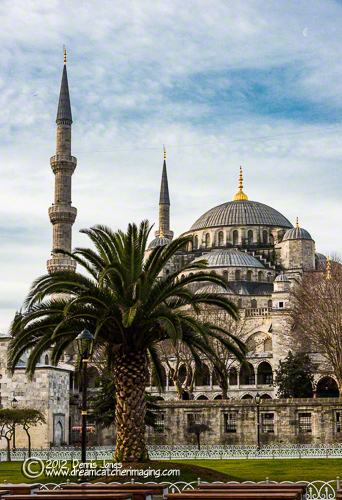 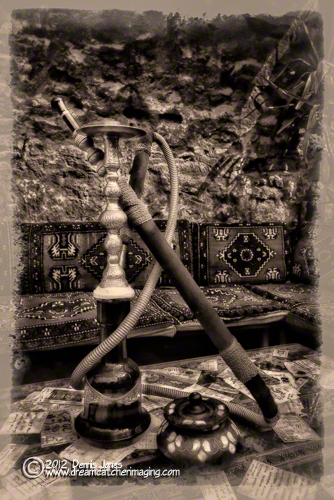 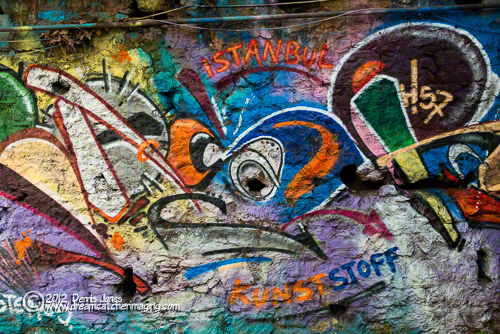 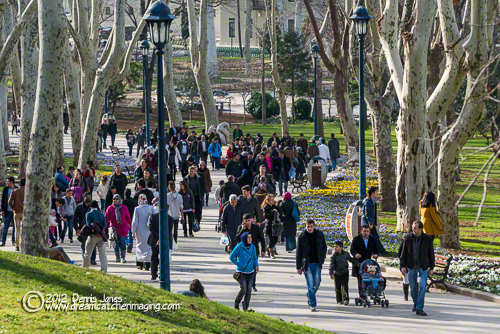 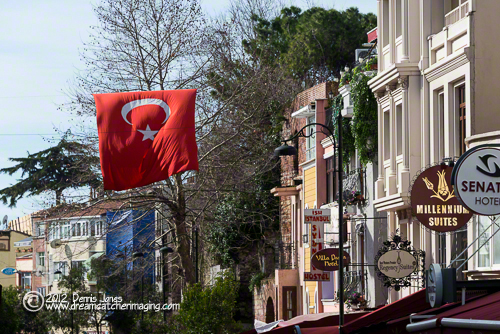 I have returned to Turkey with a contract for a book from a Turkish publishing house. Seeing my previous work, an editor felt there was a place in their catalog for a book by an American photographer/writer that could reinforce the bridge between Western misconceptions and the reality of his dynamic country.

They’ve invited us for lunch today. Their office is somewhere in Asia, that is, the Asian side of the legendary Bosphorus dividing not just Istanbul, but Europe and Asia as well. 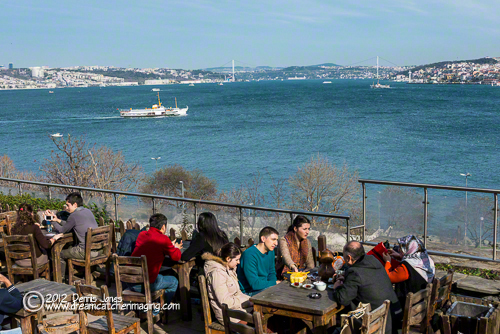 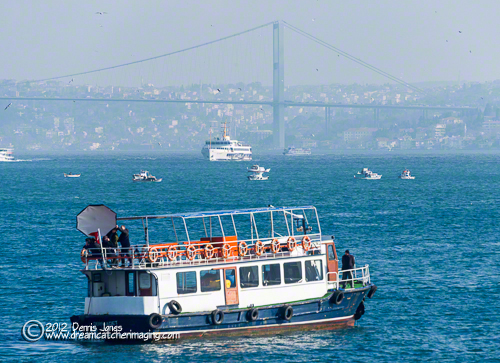 Nothing like trying to do a photo shoot on a breezy day in a rocking boat at the entrance to the Bosporus Strait. 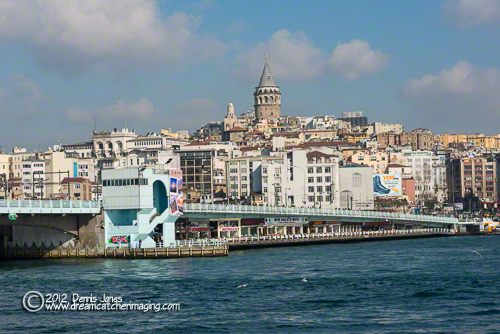 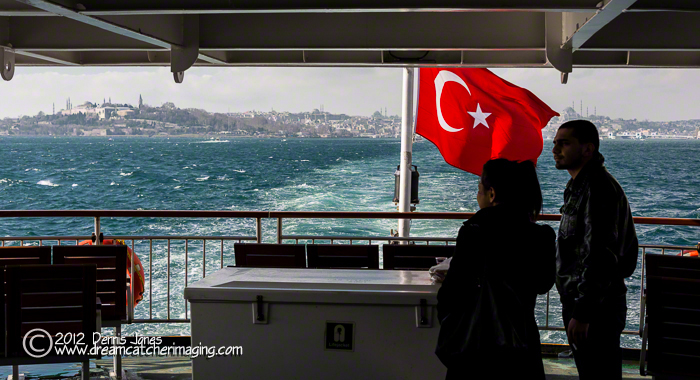 “Take a ferry from Eminönü to Üskudar, then a taxi to my office.”, wrote the editor. On the ferry, address in hand, we meet a kindly, English-speaking Turkish gentleman who takes us under his wing. “Don’t take a taxi. They’ll drive you around and cheat you.” He finds the right bus, even pays our fare, hands me his phone number saying, “Call me when you’re done and I’ll show you the fantastic view from Çamlıca Tepe.”

Following our course on googlemaps shows me where to get off but when I get to the location shown on the app, it’s not there. Quizzical gestures with the address to a passerby points me to the building two blocks away.

The meeting goes well. We’re shown warm, Turkish hospitality and the impressive variety and quality of books they publish. When finished, the editor calls our new friend and we agree to meet at the ferry. How can one pass up such serendipitous hospitality.

Weather has turned. It’s overcast, not an afternoon to photograph a spectacular, mountain-top view. He suggests a ferry ride through the Golden Horn, the body of water separating old Istanbul from the more cosmopolitan Beyoğlu district. First though, he takes us around Üskudar and introduces us to a friend of his who owns an historic kebab restaurant where we sample some wonderful fresh-baked bread. 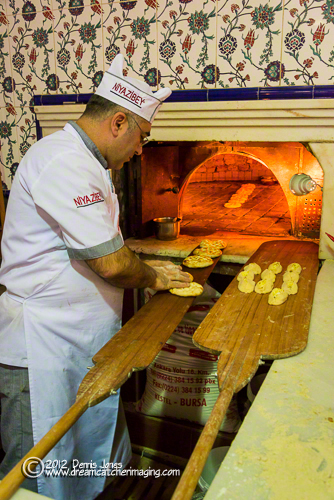 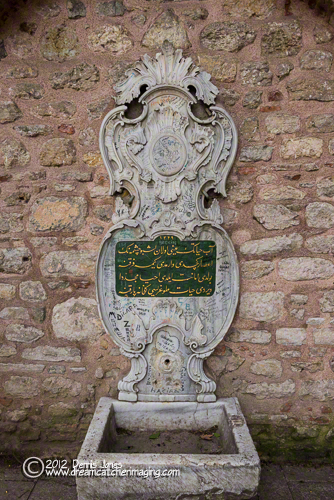 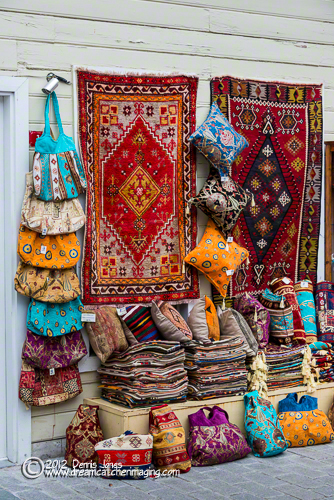 After passing beneath the famous Galata Bridge, we zig-zag from shore to shore, dropping people off, picking others up. Dusk descends, a glorious sunset spreads behind the city silhouetting mosques and their minarets against a crimson fire. We take the funicular  to the top of the Pierre Loti cemetary where the lights of the Golden Horn are spread beneath us. Exhausted from the day, jet-lag and the cold, it is after-all, winter, our friend sees us off in Eminönü promising to meet another day for the view from the mountain.

The next day we spend wandering the streets of Sultanahmet and at Istanbul’s archeological museum where millennia of human habitation and creativity is on display. 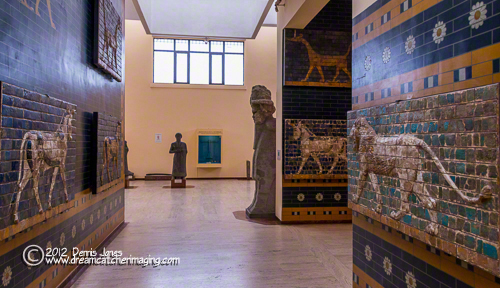 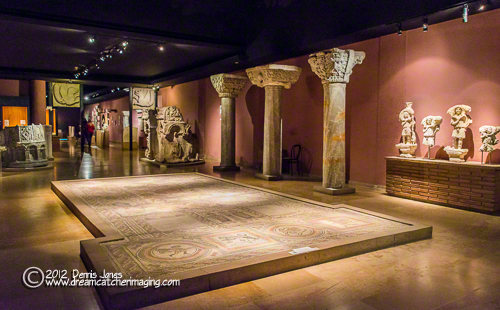 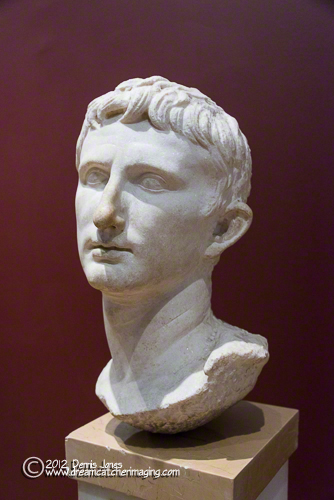 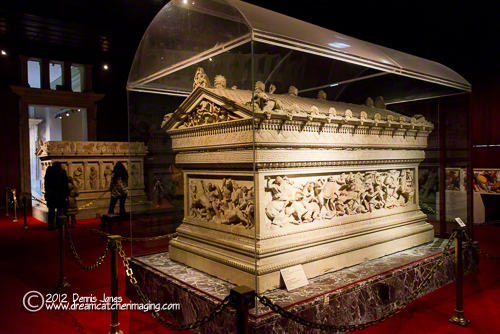 The incredibly crafted Alexander Sarcophagus from the 5th century BCE. A masterpiece of ancient sculpture.

If there is one thing that dominates your awareness in Turkey, it is history. Vast expanses of human history pervade the Anatolian landscape. The Tigris and Euphrates, those rivers of legend that cradled civilization, have their source high in the mountains of Northeastern Turkey. 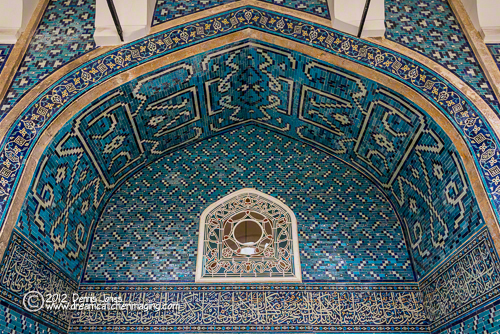 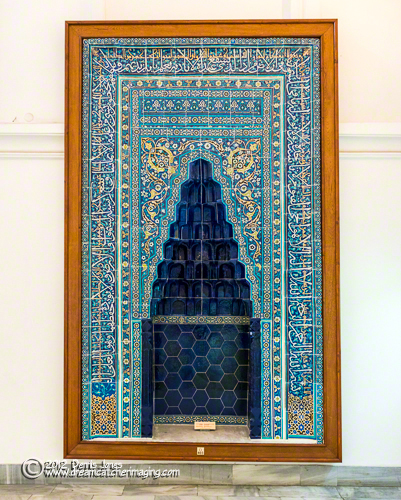 A Seljuk mithrab from 1432, made twenty-one years before the Ottomans conquered Constantinople in 1453. 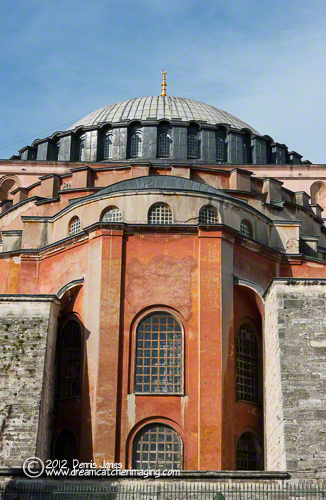 The massive bulwark of the aspe on the exterior of the Hagia Sophia built by the Emperor Justinian I in 537 CE. 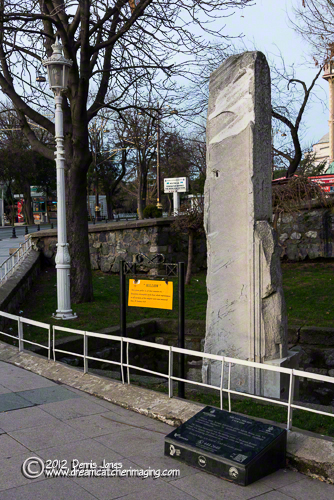 The remains of a Byzantine triumph arch, the starting point of the Via Egnetia. This Roman road led to the cities of Europe and was the point from which distances were measured.  4th century CE

Evidence of humanity extends back 65,000 years! Civilization though, doesn’t begin until the Neolithic, around 8,000 BCE, when mankind evolved from its hunter-gatherer lifestyle and learned to cultivate crops and domesticate animals. The Anatolian Peninsula, which makes up the 97% of Turkey not in Europe, is chock full of Neolithic sites.

The neolithic was only the beginning. Cities sprang up. Bronze replaced stone, iron replace bronze. Armies conquered. Empires grew. clashed and disappeared time after time over the thousands of years before the Greek roots of our civilization appeared.
The entire panoply of early civilization and much of the history of the past two millennia can be seen. So here, in two short days, I experience a summation of my book; the incredible warmth and hospitality of a Muslim culture firmly rooted in history.
Before I really get to work though, we’ll escape winter and head south to Israel, returning in a few weeks to southern Turkey where spring will have begun.